Riding an elephant was always something I wanted to do, but after researching for our trip to Thailand we found a much kinder and fun way to interact with them!
It didn’t take much to find out about the horrors of the elephant tourism industry – a quick Google of ‘elephants in Thailand’ and you’ll find hundreds of blog posts, charity groups and newspaper articles highlighting the abuse.

We were disappointed that elephant riding isn’t something we could do, but we found a better alternative – two days at Elephant Nature Park touching, feeding and washing the creatures, knowing they were being looked after and were slowly becoming happier animals.

Read More: An Overnight Stay At The Elephant Nature Park – Is It Worth A Visit? 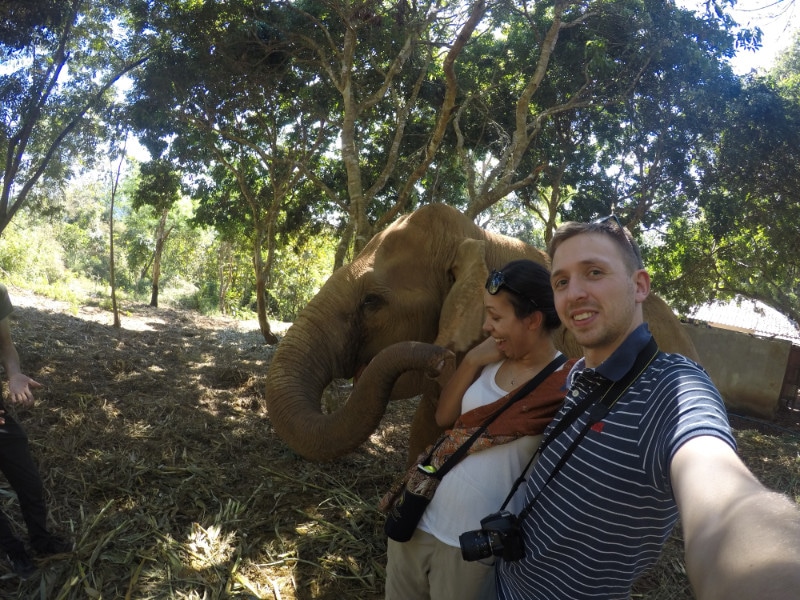 the elephants were so friendly and cute

The Elephant Nature Park in Chiang Mai, northern Thailand, is a sanctuary for not only elephants, but stray dogs and cats too. They are a private organisation but their sole aim is to rescue elephants and rehabilitate those who have been injured. 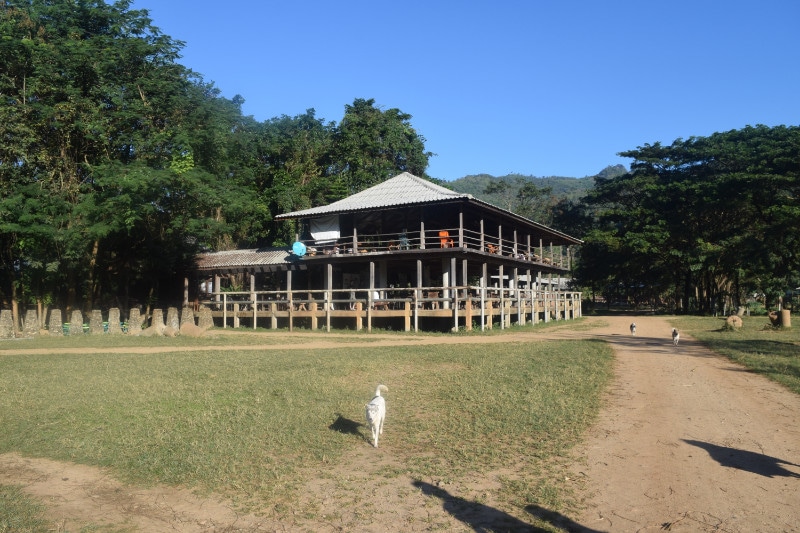 so much space for all of the animals

You can spend a day watching the elephants, feeding them and bathing them. In fact, you can spend two days doing this, or even seven days as a volunteer working hard to keep the centre going.

Situated 60km away from the city centre, the park offers cabin accommodation that overlooks the pens where the elephants sleep at night.

They are literally everywhere! It was amazing to see the elephants free to roam around, socialising with their friends and bathing in the river. There are currently 75 elephants at the park, and even some babies who were born there. 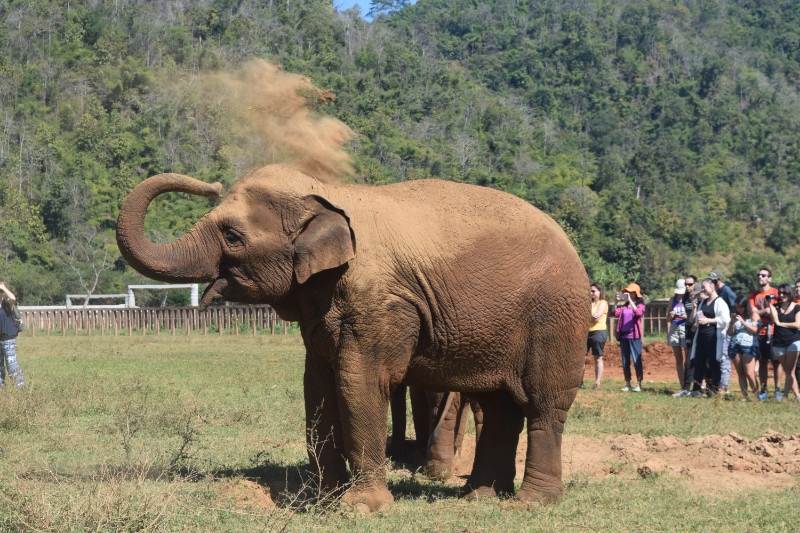 you can get super close to the elephants but you might need to be careful to avoid their mess!

Apple showed us to our rooms and warned us not to expect much because we were basically in the jungle and it’s not a five star hotel resort. We had prepared for that anyway, but when we opened our door we were really impressed. 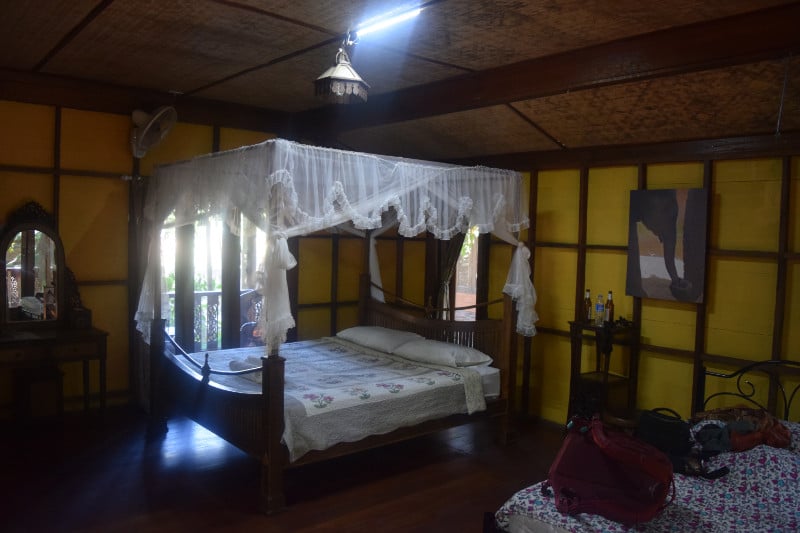 We had a huge room that overlooked the elephants’ pens, with two balconies and a private bathroom. There was a decent mosquito net up, and they provided towels and toiletries – on the website it says they don’t but our room had them!

The buffet lunch was lovely – nothing special but definitely good enough to stuff my face with. What Thai food isn’t!? It was *I think* all vegan food – there was almond milk for tea/coffee and there was definitely no meat in any of the dishes.

Dinner was the same as lunch but you can’t really complain when you’re visiting a charity centre!

For breakfast they provided fruit, bread and cereal as well as some hot Thai dishes, buffet-style.

Read More: All Of The Very Best Cooking Schools In Chiang Mai

We were given free time to wander round the decking area, or to visit the cats and dogs! There’s a whole other section for these and you can even take the dogs for walks. Some of the rescues are up for adoption so if you fall in love with one and it’s cleared, you can start the process of taking one home! 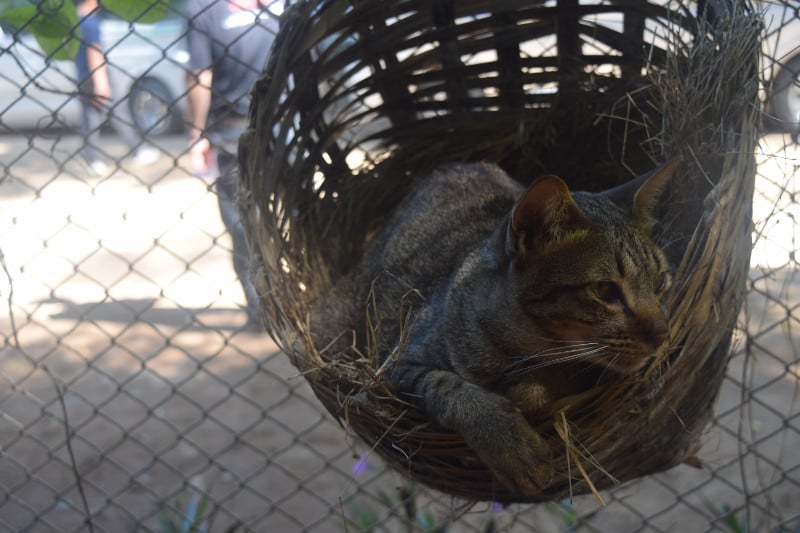 Our guide for the day introduced himself as ‘Top. Top Secret’ which I thought was hilarious. He taught us a lot about elephants and was super friendly. Top Secret left for the evening and we were given another guide, Apple. She was great too – really friendly, chatty and funny.

It is fairly expensive as a holiday activity – we paid 5800THB/£133 each but that did include breakfast, two lunches and dinner, and an overnight stay. Plus … ELEPHANTS! If you’re looking to visit, make sure you book early. We booked three months in advance but others in our group mentioned that they had to change their dates to be able to come. 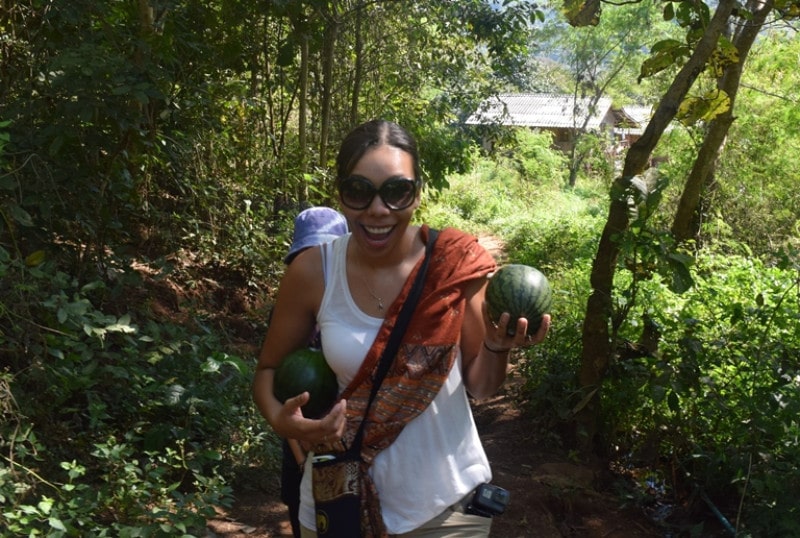 about to feed the elephants!!!!

Read More: Your Ultimate Guide To Backpacking In Thailand

There is free WiFi in the public area – the signal isn’t the greatest but it’s there if you really need it.

You can get a Thai massage here too! We didn’t try it but it was available.

It takes around an hour to get to the park from the city centre – this includes a short toilet stop at a convenience shop.

There is a small snack shop at the park selling crisps and chocolate – a small Mars bar cost 40THB/90p.

We had such a good time at Elephant Nature Park. If you’re visiting Thailand, be sure to plan a trip to Chiang Mai so that you can spend a day or two with the elephants. You won’t regret it!

Have you been to the Elephant Nature Park? Let us know if you have any questions and we’ll get back to you! 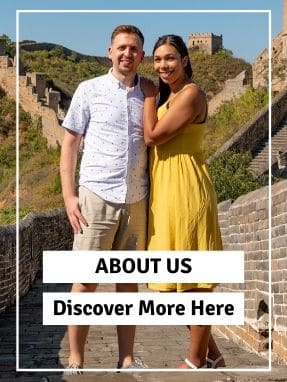 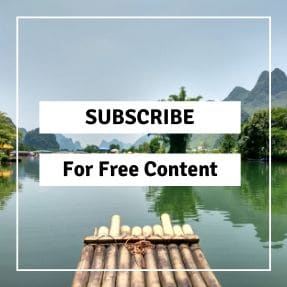 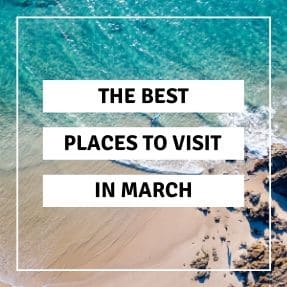 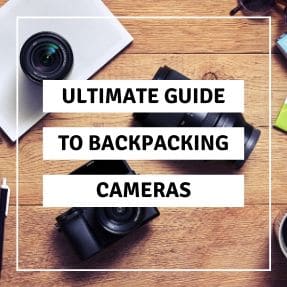 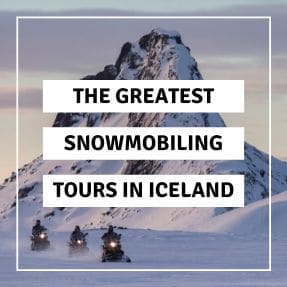